PH’s Demand on Foreign Investments Continue to Skyrocket and Here’s Why. 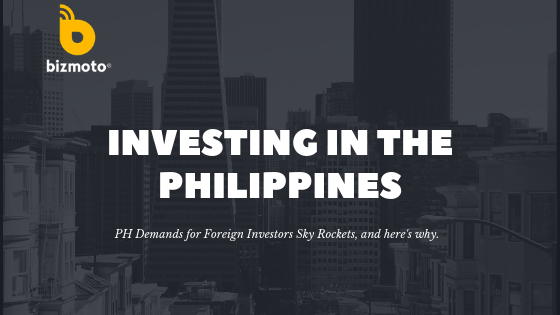 From 2016, the demand for foreign investments in the country skyrockets as the country began to immerse its economy on the digital and tech industry. and after 3 years, the Philippines remains to be one of the best countries to invest in.

In 2008, the Philippines was tagged as “the social networking capital of the world”. This has been a stepping stone for tech startups to start using this as a starting point for most of the PH-based tech companies.

Over the course of years, the trade trend goes high-tech and social in the Philippines. According to NEDA (National Economic and Development Authority), the country seeks higher investments in science and the tech industry to boost productivity. The Philippines remains to be fertile ground on science and tech investments, as tech startups and developers begin to emerge and immerse themselves into the global market, bracing bigger competitions from its neighboring countries like Singapore, Thailand, Malaysia, and HongKong.

Bizmoto Philippines is just one of the few promising tech companies in the country, producing mobile applications that offer a lot of opportunities targeting the unbanked and the masses.